WARNING: After reading this article, you might rethink your career.

Just kidding. However, after reading how much the richest poker players in the world are worth, you might be shocked. Most of us have gone to work ‘traditional jobs’, while the top 10 players on this list chose a slightly different path, playing games such as poker, that is.

When they first started, their parents almost definitely rolled their eyes at them. But looking at how things turned out, I’m sure their parents are pretty pleased with them now!

Poker isn’t an easy game to play. For every one big winner, there are thousands who didn’t make the cut. Regardless, we’re here to speak about the top 10 richest poker players of all time (in terms of their career earnings).

Fedor Holz has done exceptionally well in his poker career, especially when considering his age. Holz is one of the younger names on this list, at just 28 years old, having a lifetime earning of $35 million as of March 2022.

The German poker star is mainly seen playing high roller games. One of his biggest wins was back in July 2016, where he won his first World Series of Poker (WSOP) Bracelet. The event was the $111,111 High Roller for One Drop Tournament, and he secured close to $5 million!

Some know him by his full name Antanas Guoga, others by his poker name, “Tony G”. He’s quite an interesting person. He previously owned one of the largest poker news platforms, PokerNews. Now Tony owns CryptoNews.com, as well as many other companies. However, we’re here to talk about his poker accomplishments.

Tony G has never won a WSOP Bracelet, but that hasn’t stopped him from cashing out 15 different big payouts. The Lithuanian Entrepanuer has taken home over $36 million from poker when you look at his total payouts.

Being such a famous poker player, some of you might be surprised that the face of GGPoker, Daniel Negreanu, is this early on in the list with his total poker earnings resting at $46 million.

The Canadian poker player was introduced to poker at a young age and has thrived in it ever since. Daniel first started playing poker back in high school, and this is where he likely began to realise his talent in the game.

Today, Daniel Negreanu has 6 World Series of Poker (WSOP) bracelets. Not only that, but he is a very popular poker play in the community, with over 500,000 followers on Twitter and over 340,000 followers on Instagram.

One of Bonomo’s biggest wins was in the “Big One for One Drop” tournament back n 2018, where he won roughly $10 million. Currently, his winnings are at a high of $49 million, but we’re sure he will add more wins to his list and break that $50 million barrier soon!

Kenney is another one of the younger players on the list, currently age 36, with over $57 million in career earnings. That’s a lot of money at such a young age!

Even though Kenney has such significant earnings for his age, he only started playing poker in 2003. 19 years isn’t as long as many other players out there.

One of Kenney’s biggest earnings to date was in the 2019 Triton Million charity event. This accounts for one-third of his career earnings as he picked up over $20 million in just that one night, mind-blowing!

Doyle Brunson, A.K.A “Texas Dolly” is one of the legends in the poker community who also helped bring the game’s popularity to new heights.

Brunson is now 88 years old and still players poker, giving him over 60 years of experience in poker, which not many people can hang their hat on. After playing poker for so long, Texas Dolly now has 10 WSOP bracelets on his name.

After seeing he has career earnings of roughly $75 million, it’s safe to say Brunson made the right career choice.

Chris “Jesus” Ferguson, why the nickname? We’ll, because of the long hair and beard. He started playing poker from a young age with his father. Whenever he wasn’t at school, he’d be playing poker with him. The reason why he’s worth so much and has been so successful today.

Today, Ferguson has earned over $80 million in his career. I bet he and his family are glad he invested so much time into playing now.

Sam Farha is perhaps one of the best poker players from the Middle East. When he was a child, he moved to the United States, where Sammy took full advantage of the opportunities given to him.

Farha played poker in the US to pick up a bit of “pocket money”, which motivated him to earn more from the fantastic game. Sammy has 3 Word Series of Poker (WSOP) bracelets and has a personal largest career win of $488,241.

Phil Ivey is perhaps one of the most well-known poker players globally for a good reason, his talent in the game.

Ivey is another player who started playing at a young age, so young that he was actually caught using a fake ID to get into casinos back when he was a kid.

Fast-forward many years, Phil Ivey has now won 10 World Series of Poker (WSOP) bracelets. With this in mind, it’s no surprise that he is second on our list with, once again, a net worth of over $100 million.

Dan Bilzerian is a name we know from either his playboy lifestyle, as the face of GGPoker, or his vast fortune.

His fortune started from an inheritance from his parents. His father is a cooperate takeover specialist, and the figure of his trust fund is unknown. Because of this, many people wonder how much Dan Bilzerian has won from poker.

He claims that in the year 2014, he won over $50 million and has a lifetime winning of over $200 million. This doubles the 2nd place and grants him a well deserved 1st place position on this list.

Well, there you have it. These are the top 10 richest poker players and it’s safe to say they have made some SERIOUS money.

Well, there you have it. These are the top 10 richest poker players, and it’s safe to say they have made some SERIOUS money.

After reading this article, perhaps you’re thinking of starting your poker journey, or maybe you’ve already started it. Regardless, Universal Poker Affiliates provide exclusive deals across some of the best sites.

What does this mean for you? You can get extra cashback, improved welcome bonuses, access to freerolls, and more! All on your favourite sites.

Check out our Poker Deals Here 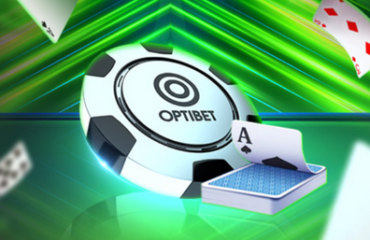 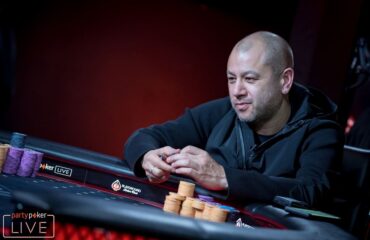 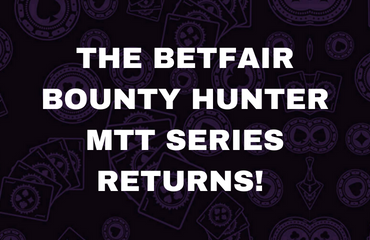